A detailed build procedure of this is already posted on Instructables

Last night while I was soldering a TSSOP Package on a home-etched board, i found it really difficult to see the joints whether they had soldered fine or whether i had a healthy track? I used my eye-loupe to see up close.The idea of using eye-loupe was initially introduced to my while my time at CEPD,NSIT .Ah! That was a beautiful solder joint. Something worth saving and sharing. So, I just held the loupe in front of the phone to click a picture and save it. I figured this could be useful in taking macroshots too.
umm.. Like this bajra seed

Results of my #own #Macro #Lens #Setup for #Phones ! These are bristles of a Brush ! #DIY #Optics #PhoneMods #Lumia

These instances started to occour more frequently. You know the feeling when you figure out that one Juggad has solved a problem and you keep on using it again and again. Sometimes, even when not quite necessary (But for fun!)

So, why not combine the phone and this eye-loupe (sadly but aptly broken due to its relocation from Delhi) and make something permanent and then the MACROCase was made and it gave purpose to that ready to throw back cover that i just made useful.

You wont need much stuff to make it, just almost everything in the picture below is enough.

Building is not very difficult (See this Instructable). I also added a LED to precisely illuminate the scene just in case we went up too close. An assorted SMD switch was added near the camera button (Yes some Lumias have it :P). The whole wiring was done using copper tape. One can also use the wires. I preffered them as they are just stick.

And there I have my own modded phone case that helps me take nice pictures of the smaller things in life and help me pick numbers of those small components like resistors and chips.

Stay tuned for an upcoming tutorial series on umm.. Lets keep it a secret till then. ! Until next time, (as John Green says) , Dont Forget to be awesome!

Probably YOU too bought the kindle to read those pdfs that you having been stashing in your hard drive and wondering when you will get to read them. YOU too considered it would be fantastic to read them, a single device for only books. Consider this no calumny to the device. But PDFs are seriously not its cup of tea. Mercurial, YOU might be seeing the way the PDF is rendered on the crisp screen. All those toggling and finger gymnastics to get to the line. Dah! I too didn’t seem comfortable.

Next came the fever of converting them to funny formats like .mobi etc that made a nicely indented book look like a unorganised vomit of words.

I tried assiduously to somehow read and lost interest until I stumbled upon a slick python library pyPDF while solving a problem with printing PDFs.

Clip the borders and Light you shall see !

Kindle does automatically clip borders but it retains the primordial page number which limits the usability and since, it also indexes the page number anyway, even if I remove it using some python script it wont hurt.

So, This is what kindify does. Its a command line python utility that simply takes the pdf you intent to read and returns a PDF with the same name but -kindified appended to its file name to be read on the Kindle.

The only dependency is pyPDF .

Now, paste the PDF in the kindify directory and run the command:

Lets see the magic in this sample from Orielly.
Before the script the PDF renders as follows: 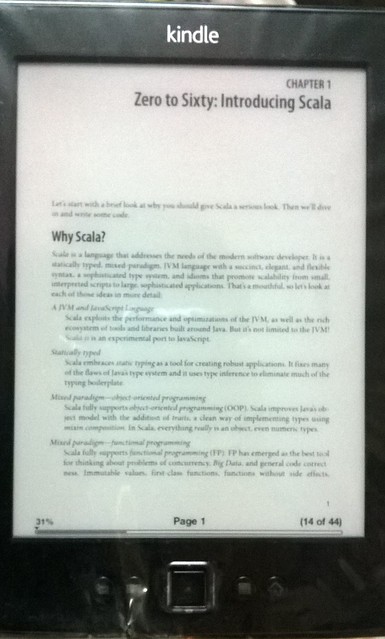 And after the script 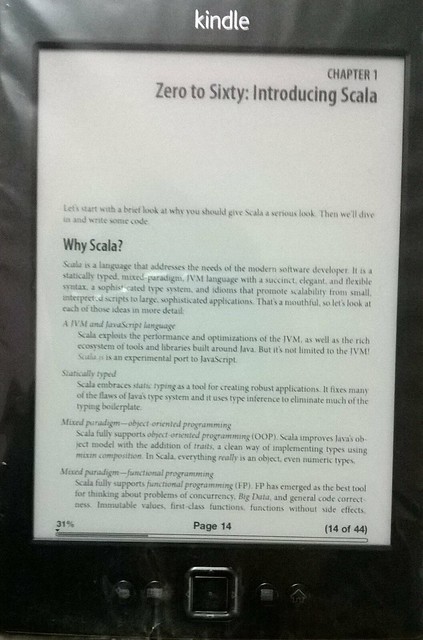 There is a difference between the two images. Clearly the second one is a bit more clear.
So, yet again Python saves the day!

It has almost been 8 months since i moved to Pune for Work from my hometown Delhi . Pune has a comparably benevolent weather as compared to Delhi. Summers are sweeter and so are winters. People of the city are great. They are quite helpful and humble. The city’s older areas have stark resemblance to Old Delhi and has lots of nice Forts, Temples, Museums and best of all eateries. Language is not a major issue as Marathi is somewhat similar to Hindi and most people understand Hindi but prefer to talk in Marathi. Changla !

I am writing is post mostly in a log format and will keep adding information as an when I get more.

If google sent you here, then probably you too are interested/moving to Pune soon.I hope you find the information useful. The post is divided into several important sections that will be updated from time to time. Lots of unorganized info to follow so lets get started:

This section deals with Places to roam around